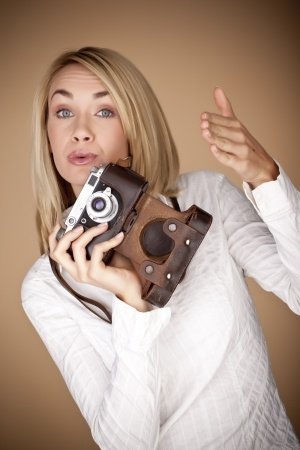 Is there such a thing as the right time for a photograph?

Is there such a thing as the right time for a photograph?

Let me explain what I mean.  There’s a certain type of person (it’s my theory that every family’s got one) who is often highly reticent to appear in photographs.  It might be a teenager who is worried about the state of their skin, or a middle-aged woman who is self-conscious about her weight or someone who just doesn’t think of him or herself as photogenic.  Whatever the reason for it, plenty of these people exist; and if you’re one of those people, I urge you to reconsider your position before it’s too late.

Allow me now to come back to my opening question: is there such a thing as the right time for a photograph?  The answer is a clear and resounding “no”.  The longer we look at our own appearances, the more we’ll be able to find flaws and things that we want to cover up, things that we want to hide from the cruel glare of the camera lens.  However, the reality is that these flaws are in all probability only magnified in the head of the person who believes they have them.  Furthermore, it is my belief that imperfections and slight flaws are a key part of what it is to be a human, and rather than being covered up, they should be celebrated.

The power in photography is in its ability to be able to capture memories; to be able to tell a story in one image.  A coiffured and highly made-up subject wearing a fake smile may give a decent representation as to what one person looked like after they’d made an effort; but it’s unlikely to be an image that endures for years and years as a great representation of that smiley, friendly and happy person who used to screw up their eyes when in fits of laughter.

So, why am I so keen to ensure that people realise that there is no such thing as the right time for a photograph?  Quite simply because, as a lover of photography as an art form and a superb way to capture memories, I don’t like to think that people will look back at photo albums in a few years time only to find no record of what their life has been like.  I don’t want people to feel so self-conscious that they are always looking for an excuse to duck out of photographs.  I have my ready-made excuse, but perhaps I’ll make a resolution now to give my husband the camera and step in front of the lens, before it’s too late.

About the photographer: Sue is a professional portrait photographer based in Harlow, Essex and she specialises in baby and child portraiture. Being a parent, she understands just how special your child is to you and her aim is to produce a collection of images that are natural and meaningful to your family. No two moments are ever the same and she wants to perfectly capture those early precious memories and the natural character of your child. For more information please call 01279 433392, visit the Sue Kennedy Photography website and follow Sue on Facebook or Instagram. 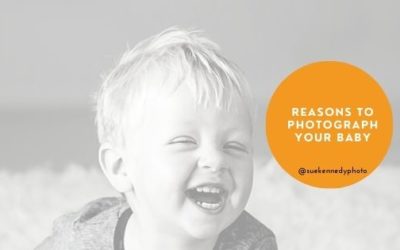 5 Reasons to Photograph your Baby

I want to share my 5 reasons to photograph your baby, as time will fly, and you will miss it when it's gone. Reason 1 - Baby’s are not little for long. Reason 2 - Cherished memories - Babies grow! Reason 3 - To have more than cameraphone photos. Reason 4 - You... 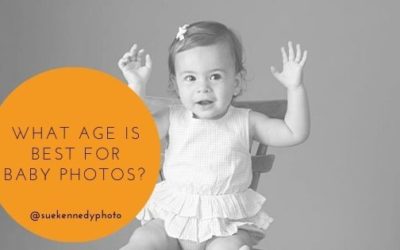 What age is best for baby photos?

What's the best age for baby photos? Great question, and it's a fair question because babies are cute for a long time. There are so many milestones that are a great guide for planning professional baby photos. Here are the options: Newborn Baby Photos - under 2 weeks... 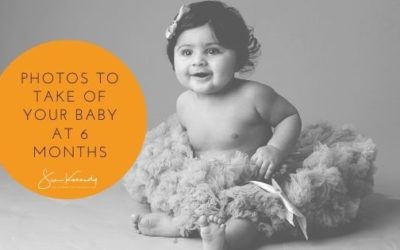 7 Photos to take of your baby at 6 months

The first half year of a baby’s life can be some of the most challenging six months for a parent, but it can also be an awe-inspiring time as you witness their change and transformation from a sleeping newborn to a laughing, playful baby. At this age, babies start...