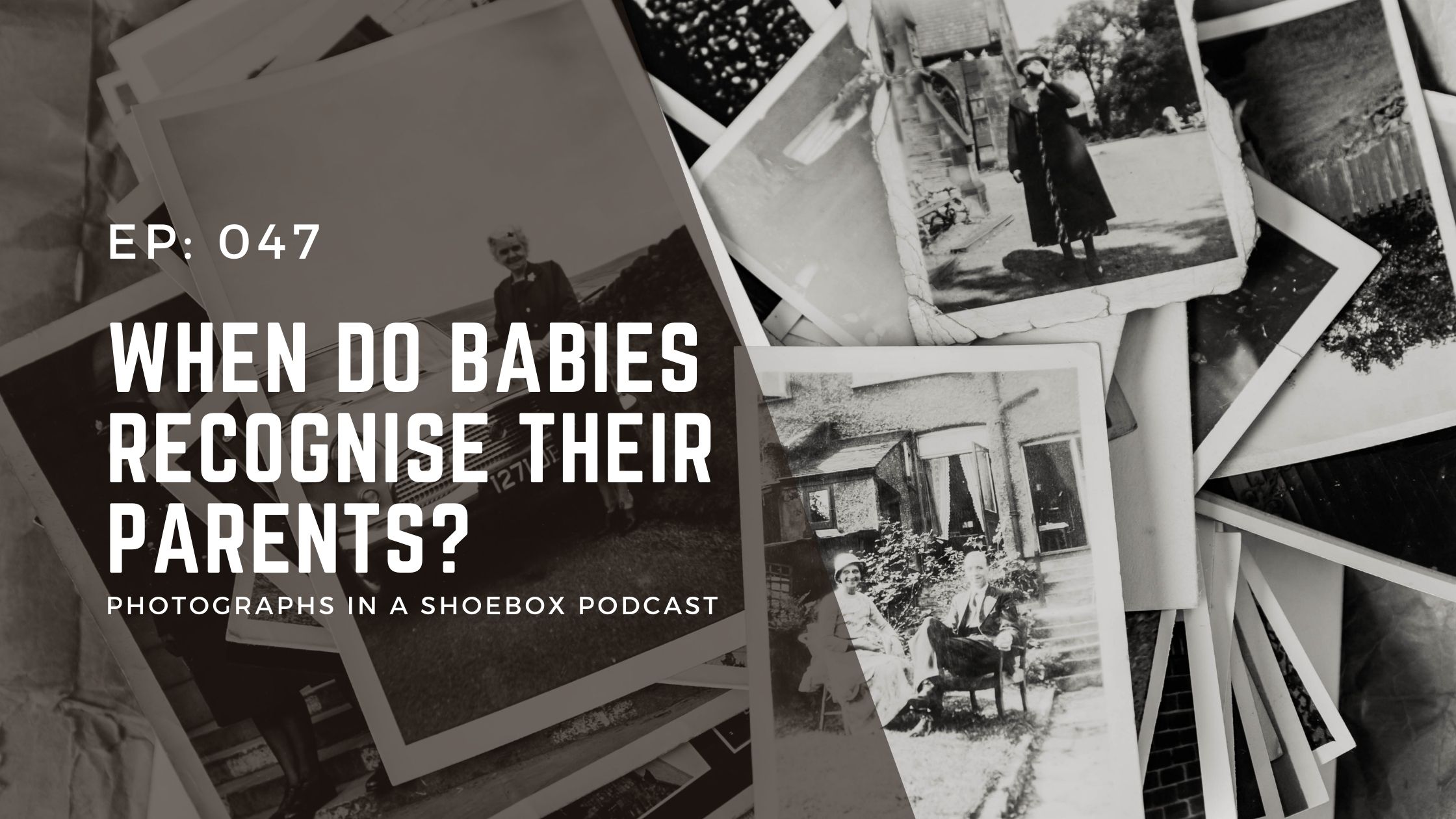 Ep 047 When do babies recognise their parents?

In this episode whilst I would normally encourage you to take photos of your children for you & them to enjoy later in life. In this episode, I’m exploring when your baby first recognises you, and themselves in the mirror. Still a unique milestone to capture a photograph of.

Or Read the Transcript:

Today, I thought I would sidestep into this topic: When do babies recognise their parents? I often talk about taking photographs for your children to enjoy later in life. But what about that moment when they’re a baby when they see you and recognise you? I bet you loved that moment. I know I did.

Which got me curious as to when do babies realise you are their mum or dad? And when do they recognise themselves? They will naturally recognise mum’s voice first because they are used to it from being in her tummy. And then, they’ll recognise your face probably from around three months old. And then their siblings and other parents shortly afterwards. Basically, the more they see someone, the quicker they will recognise them.

Recognising themselves actually comes a lot later. When my daughter was a baby and she saw herself in the mirror, she’d start chatting. Did she know she was talking to herself? I have no clue. Around nine months, a baby can differentiate between a picture of a toy and the real thing, the real 3D toy. Whilst they can recognise the difference (between a picture and a toy in real life), well that’s one thing. But when do they recognise themselves? That takes a little bit longer.

Before, when they were chatting to themselves in the mirror, they were just being sociable. They are just enjoying the fun of the moment, of looking at the face in the mirror. It’s around 18 months that experts reckon that they realise it’s actually their own reflection. And that’s when they will start recognising themselves in photographs. And then looking at photographs with them just takes on a whole new meaning.

And then that’s when the toddler selfies begin. Yes, one day you’ll look at your camera roll and discover you have got a lot of photographs. Maybe of their face, maybe just their forehead, or it could just be an extreme close-up of a nose or a mouth. They absolutely love a front-facing camera. It’s the new mirror to them. And they are just exploring.

You might not want a whole camera roll full of those pictures, but I wouldn’t delete them all. Keep some because they mark a chapter in their development after all. And trust me, when the teenage years hit, you’ll love looking back at these candid images. They’re still taking selfies as well, but the ones of them as a baby are different. Aren’t they?

During toddlerhood, they’re just so unselfconscious. They accept how they look and who they are. And the “I do it!” phase is so much better than the “no!” phase. I’d love to hear if you’ve got that moment of recognition captured in a photograph. I think it should be on your list of essential photos.

It’s one of the reasons I always have a parent next to me when I’m photographing a three/four month old, as the parent will get the best smiles. Well, they will, until they get used to me and then they will just laugh at me as well.

That’s all for this episode. I hope you’ve enjoyed listening along. Do give the podcast a like, and a follow on your preferred player.

Book your own baby portrait experience with Sue.